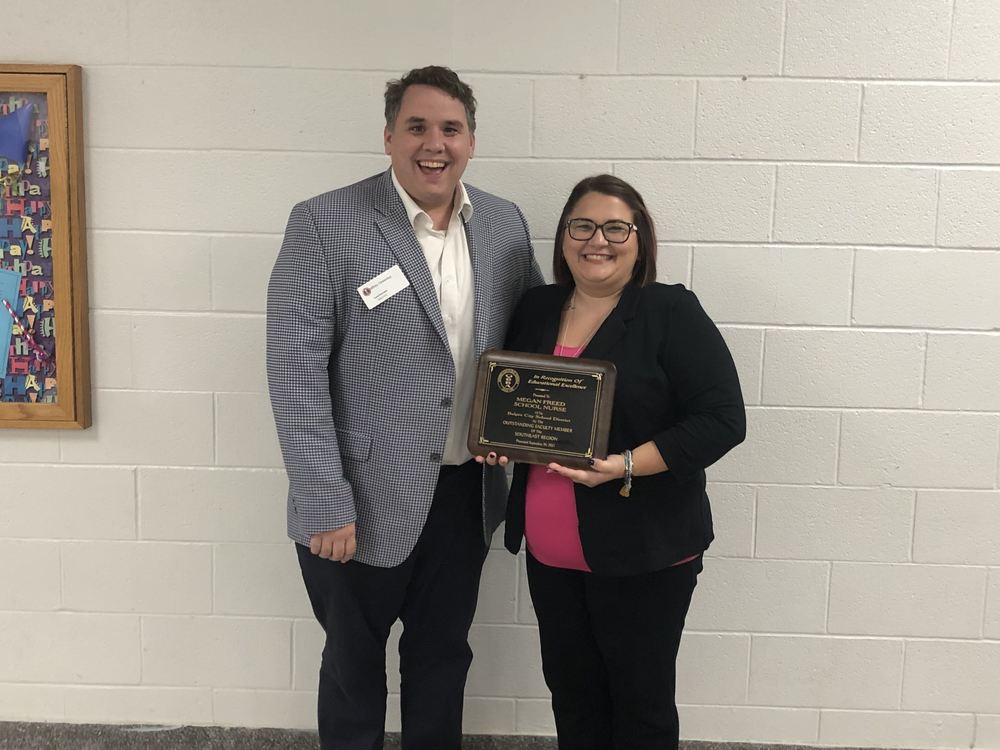 Megan Freed from the Belpre City School District in Belpre was recognized as the Outstanding Faculty Member in the Ohio School Boards Association's Southeast region.

Presented annually, the award recognizes the top faculty member from nominations received throughout the region's 18 counties representing 84 school districts. The Region Recognition Program was established in 1993 as a way to help local school districts showcase outstanding achievement and educational excellence. Nominated by Superintendent Jeffrey Greenley, he says: "'she is a complete rock star for us!'" Despite her lack of experience in a school setting, Megan's work was exemplary this past year. She provided critical medical advice that formed the basis of the district's Restart & Recovery Plan. She provided counsel to the Board of Education, parents, students, and faculty members with a smile on her face and a positive attitude."

When you devote your life to serving others, especially in public education and nursing, the school district and the community, it's more than a job or career, it's a calling. You have responded well to your calling!